So I’d like to start off this blog by saying that I’ve just made an account on the popular anime social network, MyAnimeList. Check it out! TradCatholicWeeb :3

Anyways, moving on to another of my Anime Reviews series: this time we’re gonna look at another anime series that I had the misfortune of watching: No Game No Life. If it weren’t clear enough from the last sentence, I regret watching this anime for reasons related to plot and Catholic moral standards. I could have dropped this anime from the very early get-go, but at the same time I don’t like to leave an anime series untouched for a really long time. So, without further ado, let’s dive back into this mess.

NO GAME, NO LIFE

Everybody in the anime scene happens to like this series from some reason. And from a glance, it had an interesting scenario to begin with. A guy and a girl get sucked into a world where everything is decided by games – something which they’re good at, and manage to push themselves through various challenges and stumbling blocks to defeat an ultimate evil. Seems cliche enough, but hey it’ll pass. Not to mention that the opening song was absolutely amazing! So, how could something like this have gone so horribly wrong?

Well, let me tell you all about it. The plot was pretty boring, the characters themselves were rather uninteresting to begin with, or rather completely useless, and the ending (I’ll get to that later) was the most anti-climactic thing I’ve ever seen, one that was neither satisfying or rewarding to even begin with.

No Game No Life follows the exploits of Blank – in other words, the duo of Sora and Shiro, siblings (or are they?) who live a very sheltered life of unemployment and isolation from the world. However, combined with Sora’s gaming skills and Shiro’s massively high intellect, they make a great tag-team unit for the world of online gaming, simultaneously defeating anyone who comes to their way. One day, their gaming prowess gets noticed by a mysterious messenger, the god Tet, who sucks them into the world of Disboard – where everything is decided by means of gaming, and the Ten Pledges installed as a means of overseeing this form of conflict resolution.

Eventually, Sora and Shiro’s gaming mastery leads them to become rulers of a human nation within Disboard, Elkia – which, following the death of their previous ruler, the King of Spades look-alike on a standard deck of playing cards, has become desolate and has declined in terms of gaming superiority. Along with their new-found allies Jibril, an angelic being and Stephanie Dola, the grand-daughter of the former monarch and the heir to the throne, they engage in a great challenge to restore Elkia to its former glory by conquering all of its neighboring opponents, and redeeming Stephanie’s grandfather’s legacy. 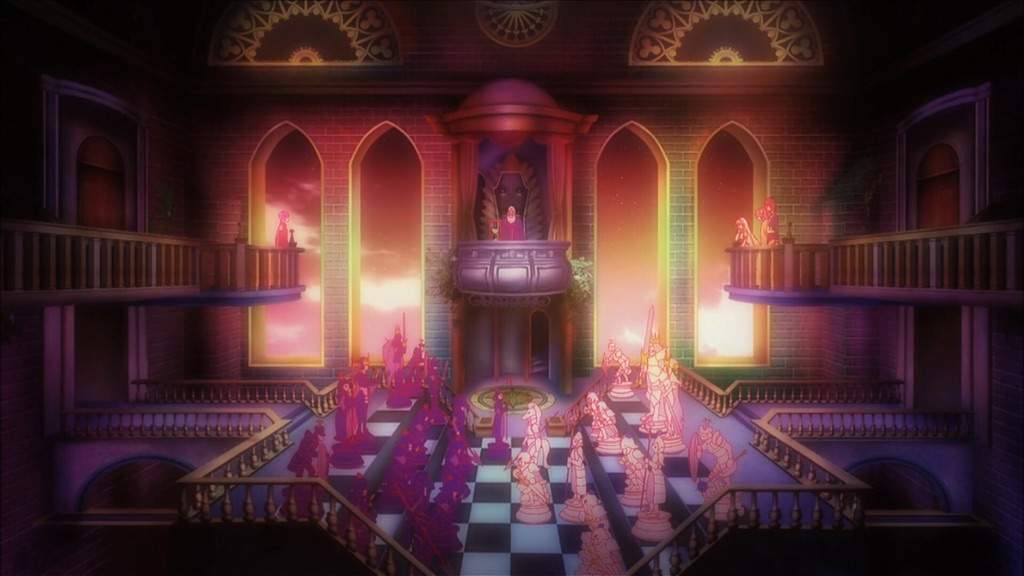 Nothing too special here to mention, and quite frankly it’s really rather disappointing to say. The characters are largely one-dimensional, have no depth or backstory to them (except for maybe Stephanie, but it’s really watered down even then) and all we can perceive from them is how they act and present themselves.

Shiro and Sora, for example, are to No Game No Life what Yugi is to Yu-Gi-Oh: an overpowered tactician who can manage to BS their way out of any situation, regardless of how plausible or even possible it is. Quite frankly, it’s almost as if this anime seems like a poorly-written, over-glorified self-insert fanfiction about someone who becomes King, and easily leads their forces to victory without resistance. That’s what No Game No Life essentially boils itself down to! Look how quickly Sora and Shiro rise to the top, and how they manage to win over a large portion of Elkia behind their back. Not to mention Tet, who gets a really low amount of screentime considering how he’s supposed to be the big boss that oversees this world, is pretty useless.

As for the female characters, save for Kurami, who ironically despite being the secondary antagonist is probably the most morally acceptable character in the series, I was quite horrified as how they were portrayed from a Catholic moral standpoint. For example, let’s take a look at how Stephanie, Shiro and Jibril are introduced in the series. Stephanie’s first introduction is her with a blanket covering her, barely exposing her giant cleavage. Shiro’s first look we get is a shot up her very short skirt. As for Jibril… don’t even get me started. These perverse depictions of the female characters almost led me to completely abandon the series as a whole, and if it weren’t for my need to finish the series or get bothered by it, I would have! And I’m sure St. Teresa of Avila, who renounced her love of romance novels to pursue a life devoted to God as a nun, would have done the same too if she were alive today. Heck, forget that. Everyone in the Catholic Communion of Saints would have trashed this anime within the first 10 minutes.

With the exception of the opening theme (This Game by Konomi Suzuki), the OST was largely forgettable. Even the ED song wasn’t that great, and I distinctively remember always skipping the ending theme just so I could move on to the next part of the series. Which really sucks, because one rule I’ve always followed is that “if the theme song sounds great, it’s probably worth giving a shot”; case in point, Digimon Adventure, Neon Genesis Evangelion, Yu-Gi-Oh Season Zero, etc.

It’s really shocking to see how a lot of people, especially those on MyAnimeList, highly rate this series when in reality, the content and actual presentation of No Game No Life is just garbage to endure. But that’s the thing – this series has become one of the most easily recognizable in recent years, with a good amount of people cosplaying lead female character Shiro or Sora at anime conventions in pretty decent droves (I myself saw a couple of them at Anime North). But for what it’s worth, I don’t think it’s deserving of the high rating. With its reckless use of fanservice, a very short plot timeline and characters which seem right out of a badly written wish fulfillment fanfiction, No Game No Life was totally not worth seeing for me. Sorry – but on to the next one.

But hey at least they got one thing right – the playing card designs in the anime were pretty cool! 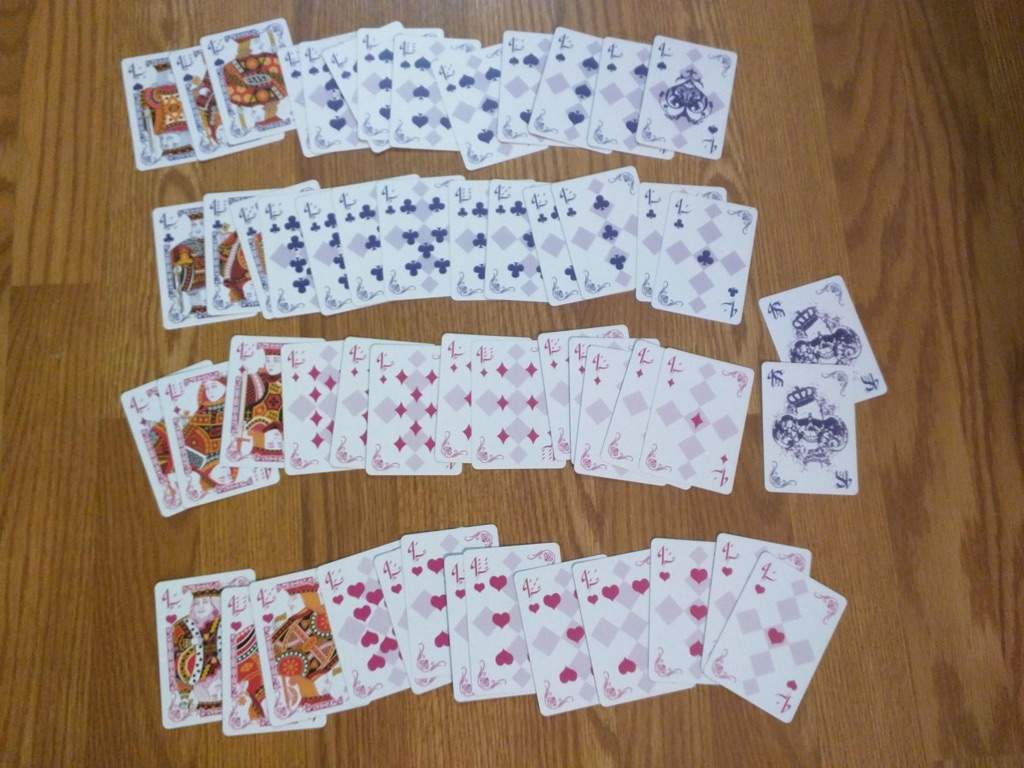 Canadian guy blogging about anime from a Traditionalist Catholic point of view. View all posts by Traditional Catholic Weeb

One thought on “Anime Review XV: No Game No Life”

Once this pandemic ends, I will take up altar serving at a Traditional Latin Mass.

Dedicated to the following saints:

Anime Picture Of The Week